What investors can expect as key moves affecting markets await

Investors saw increased market volatility and uncertainty at the end of 2018, largely because of a changing investment landscape and slowing global economy. 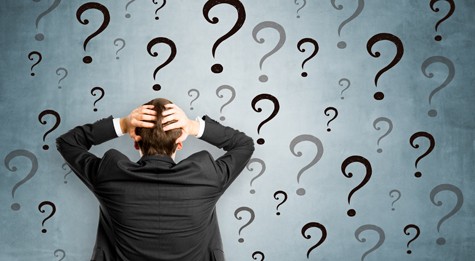 Investors saw increased market volatility and uncertainty at the end of 2018, largely because of a changing investment landscape and slowing global economy. Although things seemed to settle down in January, the outcomes of several forthcoming policy decisions could again intensify market gyrations.

In this Q&A, Roger A. Aliaga-Díaz, Vanguard chief economist, Americas, discusses the potential short and long-term market impacts of specific policy debates that could play out in the weeks ahead.

Investors around the world have had a lot to keep their eyes on lately. What key market-moving events are on the horizon, and how should investors think about them?

Mr. Aliaga-Díaz: The enactment of a spending bill in Washington removed the uncertainty and volatility that could have resulted from another partial government shutdown. But several other potentially important events that could affect markets and investors are coming up.

In the UK, Prime Minister Theresa May has failed in her efforts to reach a Brexit agreement with the European Union that satisfies her own Parliament. The UK faces a 29 March deadline to exit the EU. In all likelihood, it will ask for an extension. If by 29 March a deal is not reached, the UK would find itself with no legal arrangements to smooth trade and other transactions with its neighbors, affecting cross-border commerce.

We’re also approaching the US debt limit deadline. The debt limit sets a ceiling on the amount the US Treasury can borrow to cover the government’s existing commitments. Congress last year suspended the debt limit until this coming 2 March, when it will be reinstated at whatever the debt level is then, probably about $22 trillion. Eventually, when the Treasury can no longer borrow money and exhausts other available methods to make payments, the government would be forced to miss, delay or reduce payments it is obligated to make.

March also brings the deadline for a US-China trade deal to be reached. Without a deal or a deadline extension, US tariffs on $200 billion on Chinese goods would increase on 2 March from 10% to 25%.

The next US Federal Reserve meeting takes place the third week of March. Given that the Fed had to adjust its communications in the face of strong market reaction at the end of 2018, we expect it to pause next month on raising interest rates, for the first time in a year and a half. But the markets will be watching closely for any new information on the possible path for rates beyond that.

Any one of these issues, on its own, is unlikely to completely derail the markets. Certainly our economic outlook would not change significantly because of any one of these situations deteriorating.

Where we get concerned is if you have a perfect storm in which the worst cases for all these issues come to fruition. Under such a scenario, market sentiment might start reacting, and this is where you could see higher volatility. So it would really be the combination of all the worst-case scenarios occurring with these events where we would start to become concerned about market impact.

Have you heard more from clients about any one of these issues than the others?

Mr. Aliaga-Díaz: Brexit has been on investors’ minds, and not just investors in the UK and Europe. While economic spillover outside that region may be limited, a negative effect on market sentiment could roil markets globally, especially as the 29 March deadline for the UK to leave the EU approaches.

Policymakers in the UK are going to need more time to resolve the Brexit issue – that’s almost guaranteed. At some point, you get to where you either take a deal or wind up getting a long extension.

I think the US debt limit issue will largely dissipate because the Treasury Department has a number of tools it can use to delay the impact of not raising the debt ceiling before the deadline, and there’s a good chance this issue will be resolved successfully.

As far as the trade deal with China goes, trade policy experts are saying they’ll need more time. So an agreement likely won’t be reached by the 1 March deadline, but there may be some consideration to extend the negotiations.

For each event, there are three options: One, the issue gets resolved; two, it doesn’t get resolved; or three, it gets kicked down the road. Oftentimes option three is the most likely, and it’s not necessarily the best outcome, but it almost dilutes the problem over time, and it’s usually not as bad for markets as option two.

So for all these events, kicking the can down the road seems the most likely outcome. Such uncertainty will continue to challenge markets, whereas swift resolutions would be more positive.

How might the confluence of so many events influence the Fed's decision and remarks in March?

Mr. Aliaga-Díaz: Investors will really be looking to the Fed’s 19-20 March meeting. From a volatility standpoint, the Fed’s language given the uncertainty over Brexit or trade tensions between the US and China could make things worse.

The Fed’s actions will be conditioned by all these market events. Given the uncertainty over global markets in general, we expect the Fed to pause on rate hikes and to continue to offer reassurances on economic conditions and monetary policy in line with investors’ expectations.

How events play out could affect the Fed’s stances. If, for example, trade talks with China deteriorated and market sentiment did too, the Fed might need to acknowledge that by further reducing the number of planned rate hikes communicated in the “dots” – and by that I mean the longer-term views that the Fed’s individual governors and regional bank presidents have on rates.

So we’ll be looking next month for what the Fed says more than what it plans to do in terms of rates. We are looking for Fed officials to communicate something not too different from what the market expects – and what they have been communicating since January – which is to acknowledge market volatility and policy uncertainty.

The changing environment is why we recently revised our expectations for the Fed’s short-term interest rate target in 2019. Our new baseline forecast is for a single additional rate increase, which would be the tenth since December 2015 and perhaps the final hike of the current monetary-policy cycle. This represents a downgrade in the interest rate outlook from our previous expectation of two rate hikes in 2019.

So policy uncertainty persists, but at least market expectations and what the Fed are saying are more aligned. The March Fed meeting should be a confirmation of that.

Has your outlook on equity valuations and corporate earnings changed in light of these events?

Mr. Aliaga-Díaz: Unless all these risks are borne out in their worst-case versions, these events should not significantly affect earnings or valuations in the US market. However, if this type of uncertainty were to persist through the year, we could see market volatility affect corporate earnings, particularly in the case of Brexit.

On the US corporate earnings side, our outlook pretty much goes hand in hand with our economic outlook. We are expecting a slowdown, not necessarily below trend but a slowdown off the highs of 2018. So we don’t expect double-digit earnings growth; we still expect earnings to be positive but in the single digits. A lot of the US corporate earnings growth has occurred because of the initial effects of the tax cuts that took effect last year. After-tax profits have been boosted. With the effects of the cuts wearing off and top-line economic growth slowing, we do not expect earnings to be as strong this year.

Despite the market rebound, the correction late last year was so significant that valuations, while still high, are somewhat more reasonable. Vanguard doesn’t compare equity valuations against historical averages, which would indicate an extremely overvalued market right now. We look at what valuations should be given the low-interest-rate environment we’re in, and that closes the overvaluation gap a little bit. So we expect subdued market returns, but we’re probably not as pessimistic as others.

Mr. Aliaga-Díaz: During times of uncertainty, it’s important to recognize the market's speed for pricing in certain events. This makes trying to time markets extremely challenging.

Investors with long-term goals should weigh views on policy uncertainty and market volatility only in deciding the right asset mix for their portfolios, including their ability to bear market risk. What’s most important is that investors who remain disciplined, diversified and patient should be rewarded with fair inflation-adjusted returns over the long term.