As Australia’s $2.8-trillion super system attracts even more headlines than usual, more people may mistakenly assume that almost everyone in the workforce is covered by at least compulsory contributions. 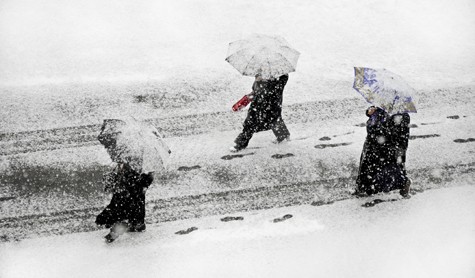 In reality, the position is far different.

A research paper* from the Association of Superannuation Funds of Australia (ASFA) reminds us that a “substantial proportion” of Australia’s workforce is self-employed and therefore does not receive superannuation guarantee (SG) contributions.

In other words, they are out in the super cold – unless they are among the small minority of the self-employed who make voluntary contributions or who have built-up some super savings from past employment.

Based on Australian Bureau of Statistics data, ASFA’s paper points out that 1.267 million people or about 10 per cent of our total workforce, as at August 2017, were owner-managers of unincorporated small businesses as their main occupation.

And the percentage of the workforce that is self-employed and uncovered by compulsory super contributions is expected to rise with the seemingly-relentless growth of the gig economy.

Here’s another key statistic. Some 20 per cent of the self-employed have no super whatsoever compared to 8 per cent of employees.

Critically, any super held by the self-employed is often extremely small, arising from whenever they have been classified as employees and eligible for compulsory contributions. Often, their modest super savings arise from the time they first joined the workforce and from occasional employment.

What can a self-employed person take to make that they don’t miss out on super? Here are a few tips:

Most of us have probably heard a self-employed business owner say “my business is my super” or similar words. Their expectation is often to eventually sell their businesses to raise enough capital to finance their retirement. But how realistic are those expectations?

As a past ASFA research paper points out that while some of these businesses may have a value of “a million dollars or more”, others may be worth may worth “little more than the market value of a second-hand utility or truck and some tools of trade”.